San Diego businesses should be asking themselves how the “billable hour” law firm culture affects their bottom line. A recent article about a patent holder’s defense of a patent infringement action focused on the business’s desire not to cave into the demands of what it believed was a patent pirate despite the knowledge in advance that the legal fees would exceed the $400,000 licensing fee sought. Although the battle itself was inspiring, one can’t help but be awed by the last paragraph telling the story of the corporation’s victory and it’s new battle to recover over one million dollars in attorneys’ fees.

One million dollars in attorneys’ fees! Presumably, this is independent of costs necessary to defend the case. A sole practitioner has to shake his head at the staggering amount. Even experienced litigators prosecuting or defending multimillion dollar cases involving multiple parties and hundreds of attorney hours have to wonder. Law firms will undoubtedly counter that their rates are competitive and that a patent infringement case can easily reach into the 1000 hour range or higher. This is is not unheard of.  Five weeks of deposition, five weeks in a document review, law and motion practice, other discovery and a six week trial can easily exceed 1000 hours.  A six week trial with multiple attorneys working on the case could alone involve more than 500 attorney hours.  Undoubtedly, the stakes are high and corporations are willing to pay big dollars for the right legal representation.  Some may feel there is no substitute for the big firm experience.  But one million dollars? 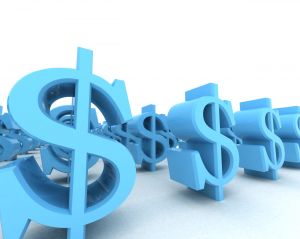 Each case is different of course and will have varying levels of complexity.  At the heart of this discussion rests two key components: efficiency and incentive.  The two components are interdependent.  Law firms typically hire young associates who are first and foremost expected to bill a minimum number of hours per year (billable hours).  The “billable hour” is the benchmark by which their performance is rated.  They are most often raw inexperienced  practitioners with little or no practical understanding of the complexities of the cases assigned to them, the procedural time lines important to litigation or the ultimate evidentiary effect of their decisions.  Combine this inexperience with the “billable hour” and you have a recipe for inefficiency.  Inexperience or not, minimizing attorneys’ fees for the client and maximizing billable hours in the real world are mutually exclusive.


Take for example the young associate charged with deposing a witness in the litigation context. Depositions are a discovery tool designed to elicit relevant factual information from a witness.  Ideally, the attorney (on the client’s dime) will ask probing direct questions to elicit answers in an efficient manner without repetition.  At some point in every deposition, the questioning attorney reaches an economy of scale.  Further questioning’s potential to lead to probative information is so unlikely that it becomes a waste of the client’s money.  The law firm associate on the billable hours track has no need to worry about whether they are direct, efficient or have reached an economy of scale so long as in the end they do not leave a stone unturned.  It is not uncommon for depositions to go on for weeks and weeks while an associate attempts to flesh out every conceivable marginally relevant fact.  While opposing counsel has tools at their disposal to limit such rhetorical licensing, in reality only the most severe abuses go challenged and half of those are brushed aside by judges who find difficulty in distinguishing between abuse and innocent inefficiency.  Add multiple depositions and like inefficiencies in document reviews and law and motion practice, and businesses can find themselves faced with a bill for hundreds of wasted hours.  In cases where there are multiple parties, business would be shocked to see their counsel doing crosswords and playing solitaire on their lap tops instead of paying attention to the questioning, insisting that lead counsel be efficient and/or assisting less experienced counsel move along.  The problem is that in the “billable hour” context there is no incentive to improve any of this.

Ultimately,
a sole practitioner with no patent infringement experience could conceivably hire two experienced patent lawyers who dedicate one thousand hours each to the above patent case, contribute a thousand hours of his own time, bill the corporation $600,000 in legal fees,
save the patent owner at least $400,000 and still make a tidy profit!
San Diego businesses should stand up and take notice.

The billable hour practice has been under fire of late (see ABA Journal article by Scott Turow)
and many law firms are looking for creative new approaches to billing.
One Texas firm has decided to take its first year associates off the “billable hours” track.  They still need to log the hours, but the hours are not billed to the client.  It will not matter from the client’s perspective that the associate spends twice as long sifting through documents at a document production.  The client gets a thorough review and the young associate learns the ropes.  Other firms have agreed to annual caps on attorney fees for certain types of representation, and others charge flat rates for some services.
Whatever the approach, it is clear that innovative billing methods are on the horizon, and businesses should look to law firms that recognize this.  The dominant practice remains aggressive attention to billable hours, and in at least some contexts may remain the only way to objectively quantify an attorney’s work.  However, smart businesses will insist upon efficient representation.