For a long time, a limitation to the fraud exception of the “parol evidence rule” played an important rule in California contract disputes.  The parol evidence rule prohibits parties to a written contract that contains all of the elements of their agreement from introducing extrinsic evidence (evidence outside the bounds of the written terms of the contract) to contradict the terms of the agreement.  Essentially, the rule protects parties to written contracts by limiting the scope of the parties agreement to the actual written terms in the agreement that were originally agreed to.  The contract’s terms are the “exclusive evidence of the parties’ agreement.”  This is an important protection because it prevents contracting parties from later claiming that there was a side oral agreement that is inconsistent with the contract.  If a contract dispute later arises, the parties cannot introduce extrinsic evidence that changes what the parties already agreed to.  The rule is limited to oral evidence that “contradicts” the terms of the contract.  In some circumstances, California law will allow the introduction of outside evidence to clarify contract terms. 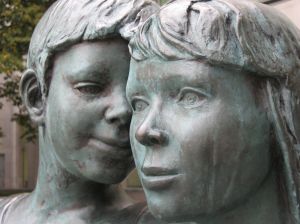 The fraud exception has been a long time exception to California’s parol evidence rule. The rule allows a party bringing a fraud claim to introduce extrinsic evidence to prove that the original written contract was tainted by fraud.  In 1935, the California Supreme Court decided the case of Bank of America Association v. Pendergrass which placed a significant limitation on the fraud exception.  The Court specifically held that where evidence is offered to prove fraud, it “must tend to establish some independent fact or representation, some fraud in the procurement of the instrument or some breach of confidence concerning its use, and not a promise directly at variance with the promise of the writing.”  In brief, the Court said that when there’s a fraud claim, the party bringing the claim can’t introduce evidence that contradicts the written terms of the contract.  This was a significant limitation on the fraud exception.  Without it, it was argued, the parol evidence rule would have little teeth in fraud actions.

Implications of the RiverIsland Decision

In the
RiverIsland case, the California Supreme Court decided to revisit the
Pendergrass decision.  The Court explained that the Pendergrass
limitation to the fraud exception conflicted with the rules in other
jurisdictions.  And in practice, the Court made clear that it could
“actually provide a shield for the fraudulent conduct that it was
intended to prevent.”  As a result, the Court unanimously overruled
Pendergrass.  The Court’s opinion emphasized that Pendergrass was “bad
policy,” had been “poorly reasoned,” and was actually an “aberration”
that “led to instability in the law.”

What does this mean for
fraud claims in California?  It simply means that in fraud claims, most
evidence is now going to be admitted.  Some commentators worry that
RiverIsland will make it difficult to dismiss fraud claims early on in
the process of litigation.  However, the effect of the decision will
likely be limited.  Notably, a majority of U.S. states have already
adopted the RiverIsland rule, and courts across the country tend to be
reasonable with its application.

If you have questions about the terms of a contract or bringing a fraud claim in California, contact an experienced business litigation attorney today to discuss your case.  For more on fraud claims, see “When Lies Become Fraud“.