Generally, parties are liable for their own negligent conduct.  An indemnity provision in a contract reallocates this liability from one party to another.  Viewed practically, an indemnity clause shifts insurance obligations from one party (“indemnitee”) to another party (“indemnitor”). Under an indemnity clause, the indemnitor agrees to pay the indemnitee for losses resulting from a claim brought by a third party. Absent explicit language assuming the obligation to defend, the party providing indemnity has no obligation to provide or assist in defending claims. Almost every contract includes an indemnification clause. It is important to read the clause carefully when entering into a contract of any nature, as the precise language of the clause can make a dramatic difference in each party’s financial obligations. 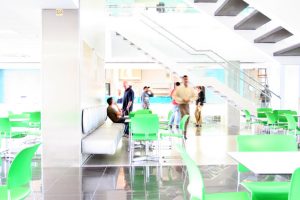 A typical indemnity clause looks something like the following:

To the extent caused by A’s negligence or willful conduct, A agrees to indemnify B of and from all reasonable claims, losses, causes of action, damage, lawsuits, and judgments, including attorneys’ fees and costs, provided that such claims, loss, or expense is attributable to bodily injury, sickness, disease or death, or to injury to or destruction of tangible property. Party A shall indemnify B only for the percentage of responsibility for the damage or injuries attributable to Party A. Nothing herein shall be interpreted as obligating A to indemnify B against its sole negligence or willful misconduct.

This is a basic example for illustrative purposes.  Indemnification clauses should be tailored to the actual circumstances of the parties’ relationship and business objectives. The parties should focus on using precise language so as not to create more liability than intended:

Indemnification provisions can be and often are lengthy and complex, the complete coverage of which is beyond the scope of this article. What may appear to be a minor difference in word choice can make a significant difference in liability. It is therefore important to take the time to evaluate the terms closely and ensure that they adequately reflect the parties’ intentions regarding the allocation of liability. It is advisable to consult an experienced San Diego contract lawyer before entering into these types of negotiations.