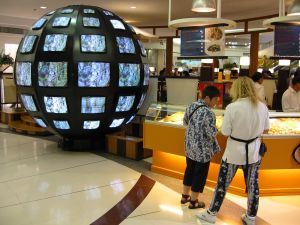 All commercial tenants are subject to “use” restrictions. Before even entering into a lease, the parties generally have a firm understanding of just what is a tenant will be permitted to sell or serve on the premises (“Permitted Use”).  Whether this Permitted Use will be exclusive is a separate matter (but of no less importance to both landlords and tenants).  While it might seem intuitive that landlords would prefer not to be bound by exclusive use clauses, Landlords in fact benefit from a diverse tenant mixture.  First, the shopping center is generally more attractive to customers looking for the mall experience.  Second, it would be hard to attract new tenants if the landlord has a reputation of installing competitors right next door.  Finally, a significant number of prospective tenants will look elsewhere if they cannot be reasonably certain that the landlord will not lease space to competitors.   Moreover, in cases where the landlord receives a percentage of a tenant’s sales, exclusive use clauses become even more important. Because of these factors, most landlords will entertain the idea of granting an exclusive use to even the smallest tenant.  The real issue then becomes the scope of the exclusive use.
It’s typically not enough to say for instance, “Tenant shall have the exclusive right to operate the Premises as a barbershop”.  In such a case, there’s technically nothing to stop the landlord from leasing the space next door to a styling salon.  While the two business may have vastly different operations, there will necessarily be an overlap with respect to men’s haircuts and the sale of hair product.  The barbershop tenant might then suggest adding language that would give it the exclusive right to give men’s haircuts and sell men’s hair product.  However, the landlord of a large shopping mall will be reluctant to do so because it may want to one day lease space to national chain salon that wouldn’t otherwise lease from the landlord if it couldn’t give men’s haircuts or it may have a major department store that already operates a salon offering men’s haircuts.  In most cases, by carefully negotiating and drafting “exclusive use” clauses, landlords and tenants are able to tailor lease language to fit the business goals of each party.  Common compromises include limiting the exclusive use to a portion of the shopping center (say “Building A” so that even if the landlord leased space to a styling salon it would be at some minimum distance from the barbershop), defining incidental use by other tenants that would not violate the exclusive use clause (say allowing for the sale of hair products so long as the display of product takes up less than 10% of the tenant’s square footage”) and permitting existing tenants, to the extent that their leases allow for such uses (especially anchor tenants), to give haircuts and sell men’s product.
The scope of exclusive use clauses can be as broad as the imagination of those drafting them allowing landlords and tenants to carefully draft language acceptable to both sides.  Whether you are a landlord or tenant, contact and experienced San Diego commercial lease lawyer before navigating through the maze of commercial leasing.
Contact Us
1.888.900.9002
Connect