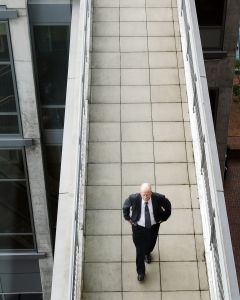 An officer or director’s fiduciary obligations under California law can generally be distilled into two duties: the duty of loyalty and the duty of care. With regard to corporate directors, both of these duties have been codified in California Corporations Code section 309(a) which provides:

“A director shall perform the duties of a director, including duties as a member of any committee of the board upon which the director may serve, in good faith, in a manner such director believes to be in the best interests of the corporation and its shareholders and with such care, including reasonable inquiry, as an ordinarily prudent person in a like position would use under similar circumstances.”

Generally, officers have the same fiduciary duties as directors.

The Duty of Loyalty

John, without notifying anyone of his personal interest in XYZ, uses his authority as CEO to ensure that ABC hires XYZ to produce the necessary computer chips, giving XYZ’s share price a significant bump and, in the process, earning John a nice return on his investment in XYZ.

The type of transaction will not always necessarily amount to self-dealing. Had John disclosed to the board of directors that he held an interest in XYZ, and the board elected to contract with XYZ anyway, John would not have violated any fiduciary duty to ABC or its shareholders. However, because John failed to disclose his personal interest in XYZ, his conduct constituted a breach of his duty of loyalty.

The Duty of Care

California has adopted the Business Judgment Rule which establishes a presumption that a corporate director, in the performance of his or her duties, acts in accordance with his duties of care and loyalty.  There are two components to the Business Judgment Rule: (1) the rule protects officers and directors from personal liability as long as they are acting in accordance with the statutory requirements of California Corporations Code section 309; and (2) the rule precludes a court from intervening with management decisions that are made by directors in good faith and with the belief the action is the company’s best interest.

Because officers are more intimately involved with a corporation’s operations than its directors, California courts have been reluctant to extend the Business Judgment Rule to officers.  As such, officers should take greater care to comply with their duties of loyalty and care.