In many industries, the need for foreign workers and an intimate familiarity with United States immigration policy has existed for decades. Large corporations, particularly those in information technology, have in-house attorneys and human resource departments that have developed systems to handle the processing of foreign employees. For these corporations, the question whether or not to hire foreign workers is an easy one. It’s a “been there, done that” scenario. When a department head decides a qualified foreign employee exists for a position they have been unable to fill domestically, the corporate wheels are set in motion to sponsor that worker for a temporary working visa or for permanent employment in the United States. These companies are familiar with the steps necessary to sponsor foreign workers for the various U.S. Visas, including obtaining labor certification for permanent employees. 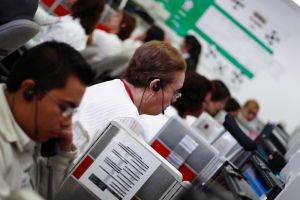 The decision is much more difficult for smaller businesses interested in hiring foreign workers. Often, new and growing businesses are presented with an unexpected opportunity to hire a foreign worker. Their first impulse is to shy away from the prospect no matter how appealing. Unfamiliarity with immigration policies, fear of excessive legal expense, government red tape and uncertainty overwhelm the small business owner. Business owners should take a pragmatic approach understanding first that United States policy is to admit foreign workers only where it does not come at the expense of U.S. citizens willing and able to take the same position at the prevailing wage. Thus, cheap labor shouldn’t be a consideration. Instead, businesses should weigh the need to fill a particular position with a foreign candidate against the costs associated with sponsoring that worker. Costs include attorney fees, filing fees, costs associated with advertising for qualified domestic workers to fill the position and delay in bringing the prospective employee on board. If the employer values the qualifications of the prospective employee enough (often a subjective consideration), paying an immigration attorney to start the process may be a cost effective option.