Like any metropolis, San Diego has a diverse business climate requiring constant interaction amongst retailers, service providers, customers, guests, invitees, tenants and landlords, suppliers, manufacturers, contractors, government agencies, insurers, law firms, and accountants. This level of interaction naturally breeds conflict especially when multiplied by the large number of business, consumer and professional transactions occurring every day in San Diego County. Conflict resolution occurs routinely and the vast majority of conflicts are resolved amongst the parties without the need for lawyers. In fact most conflict is resolved before anyone recognizes that a conflict has even arisen. People naturally look to solve problems as quickly and efficiently as possible so that they can move on to more important matters. Whether a simple cashier error or a complex misunderstanding regarding the terms of a contract, most conflicts are resolved within the first few hours. Of those that are not resolved quickly, most are worked out informally by the parties in a reasonable timeframe and without the need of a San Diego litigation attorney. 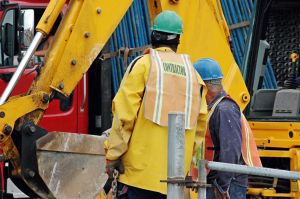 Unfortunately, the law of averages guarantees that some business conflicts will not be resolved without resort to the legal system. When conflicts reach this level, business owners rely on the court system to provide them access to a just resolution. The problem of course is that access to a just resolution isn’t free and even in those circumstances where there seems little doubt about who is in the right, litigation outcomes are far from predictable. In fact, in most cases litigation is drawn out, expensive, emotionally draining and ultimately unsatisfying. This does not mean that access to justice is a myth. However, opting to resolve business disputes via litigation requires a cost benefit analysis similar to any other business decision. Even the most deserving cases may not be economical to pursue. Litigation costs and attorneys fees often exceed the value of the case to the litigants. In those cases, informal resolution becomes imperative. The alternative is to right off the loss rather than accept greater losses associated with long drawn out litigation.

Whatever the cost benefit analysis, resorting to litigation should be your last resort. Why? Because as stated above, litigation outcomes are unpredictable no matter how righteous a claim is. Assume for instance that a contractor is owed $225,000 for work completed on a construction project. There is little doubt from the contractor’s perspective that it is owed for the work completed. Nonetheless, the developer, a private individual, has questioned the quality of the workmanship and is refusing to pay until major repairs are completed. Assume further that the developer is being unreasonable. The contractor knows that the developer is out of money and is making excuses to avoid payment. The case is simple enough. The developer should pay for the work done. If the developer cannot afford to pay, a lien can be taken against the property to protect the contractor’s interest.

This may appear like a doomsday prediction.  It is not.  These types of scenarios happen routinely in litigation and the parties are often stunned and devastated.  The reasons may differ, but a litigant’s ability to create delay, excessive costs, confusion, surprise and/or vexation can be boundless, as is the potential for unexpected third parties to muddy the waters.  It does not always happen this way, but the risk is all too real.

With this type of unpredictability, the benefits of informal resolution cannot be overstated.  In short, if there is the remotest possibility the matter can be worked out, work it out.  A good San Diego business attorney can assist with informal resolution for a fraction of the costs described above and the mere involvement of an attorney often serves as a powerful incentive for the other side to cooperate.  If the only alternative is litigation, go in with your eyes open.  Make sure your attorney knows everything possible about the dispute, your opponent’s likely response and your opponent’s solvency.  For more on ways to avoid litigation, see Avoiding Litigation – Part One and Part Two.