Because San Diego businesses routinely enter in to contracts with vendors, clients, customers and other partners, it is important that they are familiar with basic contract principles and the need for negotiating favorable contract terms.  This is true whether or not they retain the services of a San Diego contract attorney.  The art of negotiating contracts requires a careful balancing of nuance and tactic.  Contract lawyers must weigh the needs of their clients against the desire for and/or business necessity of the contractual relationship.  The business contract binds the parties to its terms.  It defines the rights and obligations of the parties moving forward and can have far reaching effect, especially where disputes arise. 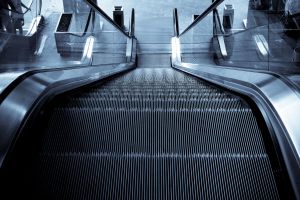 In the vast majority of contract negotiations, one side is considerably more concerned about ensuring the success of the agreement.  In such circumstances, the “more concerned” party must decide how much they are willing to give up.  This defines the “more concerned” party’s negotiating power.  The more the party is willing to walk away from the agreement, the more power that party has.  Negotiating power is probably the single most important factor in contract negotiation.  It is simultaneously one of the most often overlooked factors.

The issue of course is not black and white.  The mere fact that one side has more negotiating power than the other does not necessarily mean that no negotiation is possible – although clearly this is the case sometimes.  The key is to recognize your negotiation power and leverage it to its fullest with skill, tact, bluff and perhaps a tad bit of humbleness.  Humbleness may seem counter-intuitive to some, especially attorneys, but it can and should make up at least a small part of your negotiation tactics.  No matter how hard seasoned attorneys and negotiators work to dehumanize the negotiation process, it is still conducted by people.  A soft touch often disarms even the most purposeful intent.

Continued in The Importance of Negotiating Power – Part Two.