In California, post employment non-competition clauses are generally unenforceable. The prohibition of such clauses stems from the state’s strong public policy favoring freedom of employment and competition, and there can be little doubt that savvy California businesses are aware of this. Yet businesses in San Diego and throughout the state routinely include non-competition clauses in their employment contracts, especially those with upper management. Businesses likely feel justified in including non-compete language because they know it is legal in nearly every other state in the country. In addition, many businesses have legitimate concerns regarding the protection of trade secrets. Companies invest in the creation of customer lists, customer loyalty, and in methods and procedures for maintaining and building a customer base, and they want to protect their investment. 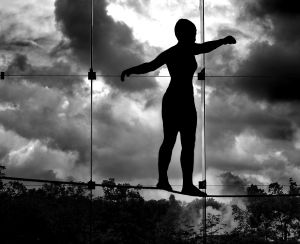 Most employees don’t intend to steal their former employer’s secrets. They are simply interested in taking advantage of employment opportunities. The problem arises because of the difficulties in distinguishing between a former employee’s inappropriate use of trade secrets and that same employee’s utilization of personal skill and experience for the new employer. Competitors often solicit business from the same customer pool and use similar mechanisms to seek out and maintain a customer base. Who can say for certain that the former employee isn’t soliciting clients consistent with the new employer’s standard operating procedures? Whatever the case, California has chosen to err on the side of competition.

Employers, on the other hand, have chosen to err on the side of inclusion. Despite their illegality, businesses still include non-compete clauses in their employment contracts. Most prospective employees are unaware of California’s employment laws and are unlikely to consult an attorney, and employers know that in most cases their employees will honor non-compete agreements upon the termination of their employment.  Moreover, employers merge non-compete language with trade secret language. If a former employee chooses to go to work for a competitor, employers will look past the non-compete language and allege theft of trade secrets. California courts have long recognized a “trade secrets” exception to the prohibition on non-compete clauses. By alleging theft of trade secrets, employers reduce the risk of having the case dismissed early for failure to state a cause of action, and increase the pressure on the former employee now faced with prolonged and costly litigation. Sometimes, the new employer will absorb the cost, but not often.

There is anecdotal evidence that California’s competitive friendly approach has been successful. Some argue that the success of Silicon Valley compared to other technology corridors is in large part due to California’s competitive environment. Whatever position one takes, recent developments make it clear that California businesses should exercise caution when including non-compete language in their employment contracts. California Labor Code § 432.5 makes it a misdemeanor to include illegal terms in an employment contract, and Labor Code § 2699 provides for a private right of action for any alleged violation of California’s Labor Code and provides for a penalty for each violation of up to $200 per employee per pay period. With 25% of the penalty going to the prevailing plaintiff, employees concerned about non-compete clauses have an additional incentive to bring such actions. Moreover, a recent case casts doubt on the continuing validity of the trade secret exception. In Dowell v. Biosense Webster, Inc., the appellate court found a non-compete clause unenforceable and questioned, but did not rule on, the “continued viability of the common law trade secret exception to covenants not to compete.”

Considering these developments, employers and their business attorneys should at the very least take care to ensure that non-compete language is narrowly tailored to address the protection of trade secrets. Including broader non-compete language risks liability under California law.