CORONAVIRUS UPDATE FOR COMMERCIAL TENANTS
San Diego Business Lawyer Blog
Landlords desire radius restrictions in commercial leases for two main reasons: where the landlord is entitled to percentage rent, a competing business within the restricted radius may dilute the landlord’s income; and more generally a competing business within the restricted radius can have a negative impact on the exclusive nature of the shopping center.  For example, a national fashion chain with a significant lure draws shoppers to the center – shoppers attracted to that particular chain.  Opening the same chain too close to the center threatens to dilute the landlord’s traffic.  Retail landlords take great care to manage the shopping center’s mix to maximize foot traffic.  For either reason, reasonable radius restrictions are legitimate in San Diego commercial leasing.  However, tenants should take care to ensure that these clauses are carefully worded to limit the restrictions.  Particularly, it’s important that the “radius” of the restriction, the term of the restriction and the scope of the restriction are all specifically defined. 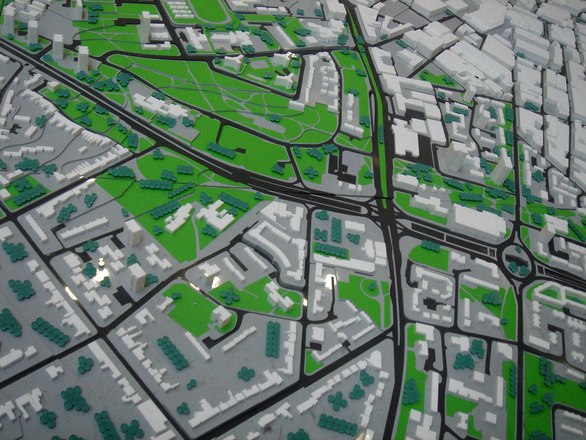 Defining the Radius:  Most commercial leases tend to broadly define the distance covered by a radius restriction – usually to about a five mile radius.  In such cases, the parties may have different understandings as to how the radius is measured.  A five mile radius might mean five miles as the crow flies in any direction from the store’s precise location or it could mean five miles in any direction from the boundaries of the shopping center.  In addition, five miles as the crow flies in a specific direction could fall on the edge of a competing shopping mall.  In that case, opening up shop just feet away from the maximum distance would still have the negative impact the landlord was attempting to avoid in the first place.  Landlords and tenants can avoid this type of confusion by clearly defining how the radius is determined.  Stating where the radius is measured from is a good start.  Defining the area more specifically on a street-by-street basis or using particular landmarks is even better.
The Term of the Restriction:  The term of a radius restriction typically coincides with the term of the lease.  However, problems can arise when a lease is terminated prematurely.  If the tenant has an early termination right, it’s important that the radius restriction terminate simultaneously.  It’s also common for tenants to start developing new opportunities in anticipation of the end of a lease term.  This would be a problem if the radius restriction broadly defines the restricted activity as “running, operating, investing in or developing” a competing business.
The Scope of the Restriction:  The scope of a radius restriction (apart from defining the actual distance) includes what and who is covered by the restriction.  Precisely what is considered a competing business is probably the most important issue when it comes to radius restrictions. The definition can be as narrow as another “XYZ Shop” or as broad as “any business”.  It can be argued, although perhaps tenuously, that “any business” if successful draws foot traffic from the shopping center.  The idea however is less trivial if the tenant is a national chain owned by a corporation that owns other national chains that, while different in name, compete for foot traffic on a national level.  With respect to the “who”, a typical radius restriction might apply to the tenant, its affiliates, subsidiaries, partners, officers and other persons with an ownership interest in the business.  This is a broad restriction which could deter investment in the tenant’s business especially if the “what” is also defined broadly.  Securing investment from an investor with an ownership interest in a business in a nearby shopping center might be considered a breach of the lease.
These issues will carry different weight for different tenants.  Anchor tenants and other tenants with expansion goals will be much more concerned about radius restrictions.  The difference of a hundred yards might matter to them.  New businesses are usually focused on the task at hand and are typically more concerned with the rental rate, term and exclusivity of their operation then with the opening of new business elsewhere.  As with any contractual negotiation, the relative bargaining strength of the parties plays an important role.  The owner of the national fashion chain will be more desirable to the shopping center then a mom and pop greeting card store.  The mom and pop store is probably not going to spend its limited bargaining power fighting for a three mile radius restriction.
Whether you are a landlord or prospective tenant, contact an experienced San Diego commercial lease attorney to negotiate the best terms possible in your commercial lease.
Contact Us
1.888.900.9002
Connect