A 2011 decision by a federal court highlighted the applicability of a legal theory known as the business judgment rule to corporate officers in California.  Codified at section 309 of the Corporations Code, the business judgment rule establishes a presumption that a corporate director, in the performance of his or her duties, acts on an informed basis, in good faith, and in the honest belief that his or her actions are in the best interest of the corporation. 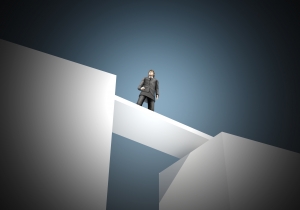 In Federal Deposit Insurance Corp. v. Perry (C.D. CA December 13, 2011) (Case No. CV 11-5561 ODW), the U.S. District Court for the Central District of California held that the business judgment rule is inapplicable to decisions made by corporate officers (as opposed to “directors”) on behalf of the corporation.  In Perry, the Federal Deposit Insurance Commission (“FDIC”) sued the defendant, Matthew Perry, in his capacity as CEO of Indymac Bank, alleging that Perry breached his fiduciary duties by negligently allowing the bank to generate over $10 billion in risky residential loans.

Due to the volatility of the secondary market in which the loans were slated to be sold, Indymac was forced to absorb the loans into its own investment portfolio, resulting in losses of more than $600 million.  In July of 2008, Indymac Bank closed and the FDIC was appointed as receiver.  Perry moved to dismiss FDIC’s complaint, claiming it had failed to allege facts upon which it could state a claim for recovery.  Specifically, Perry contended that the business judgment rule protected him from liability stemming from decisions he made as a corporate officer of the bank.  FDIC countered that the business judgment rule does not apply to corporate officers in California.

In denying Perry’s motion to dismiss, the District Court discussed the
common law principles underlying the business judgment rule. The Court
recognized two components to the rule: (1) the rule protects directors
from personal liability as long as they are acting in accordance with
the statutory requirements; and (2) the rule precludes a court from
intervening with management decisions that are made by directors in good faith and with the belief the action is in the company’s best interest.

In ultimately holding that the business judgment rule only applies to the
actions of directors, the District Court opined that the legislative
committee comments to California Corporations Code § 309, demonstrated
an intent not to include officers in the protection of the rule.
Specifically, the Court quoted a comment stating that an officer has a
“greater obligation. . .to be familiar with the affairs of the
corporation” and therefore cannot avail himself of the protection of the business judgment rule.