There are a number of provisions that can be written into a commercial lease that benefit either the lessor, lessee, or, in certain circumstances, both.  Although commercial lease terms are important to every business, they are of particular importance to restaurant owners where low profit margins require added attention to limiting operating costs.  Lease payments can directly impact the success or failure of a restaurant. 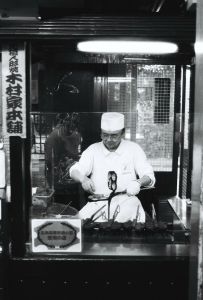 Although it’s best to consult an experienced commercial lease lawyer prior to entering into any restaurant lease, there are some key issues and terms restaurant entrepreneurs should play particular attention to:

Seating and aesthetics play an important role in the operation of a restaurant .  Seating capacity is dictated by the size and shape of the leased space.  In the restaurant business, any where from ten to twenty square feet per person is generally considered sufficient for seating purposes. However, the restaurant’s theme, operation and aesthetics affect capacity.  It’s important to ensure that the guests have enough space to dine comfortably and the staff have enough room to adequately serve the guests.   It’s also important that adequate space is reserved for the kitchen, particularly when the location wasn’t originally a restaurant.  Does the proposed location provide adequate square footage for the concept?

Because the restaurant business is so unpredictable, it is difficult to say with any certainty whether a particular new venture will be successful.  A short term lease provides a prospective new restaurant owner with less long-term risk.  With a two or three year lease, the tenant is provided greater flexibility if the business starts to fail.  Landlords on the other hand generally prefer longer term leases and will most often seek a higher rent in exchange for a shorter term. A short term lease can also backfire.  Landlords may take advantage if the restaurant later proves a huge success demanding much higher rent and less favorable terms for a new lease.  To limit this risk, prospective tenants should seek an option or options to extend the term of the lease.

Building out (remodeling) a new location is perhaps the largest expense for any new restaurant.  A successful restaurant design is fresh and innovative and requires significant modification to the premises including the tearing down and erection of new walls, partitions, doors, windows, skylights and ceilings.  Creating an ideal atmosphere is critical to any restaurant concept.  It is often possible to negotiate for build-out costs in the form of a tenant improvement allowance.  Landlords are often willing to pay some or all of the costs associated with a build-out particularly where a long term lease is being negotiated.  Of course, as with any negotiation, there is a give and take with respect to other important terms.  Short term leases are often desirable for new businesses, making it necessarily more difficult to secure larger tenant improvement allowances.

New restaurants want as little competition as necessary.  Determining where the nearest competing businesses are is an important factor in selecting the right location.  The worst thing that can happen after opening for business is to have a competing restaurant move next door or in the same center.  There’s not much that can be done about properties that aren’t under the control of your landlord.  However, Landlords will often agree to exclusivity within the property they control, as long as the exclusivity language is not too broad.  Language that restricts the landlord from renting to any other Italian restaurants during the term of the lease is reasonable.  It’s always a good idea to negotiate for exclusivity.

Most restaurant leases are triple net leases and as such, it’s common for the heating, ventilation and air conditioning (HVAC) systems to be maintained and serviced by the tenant.  As many state and local governments adopt stricter energy laws, restaurants are being required to increase their outside air ventilation rate, which results in a need for greater HVAC capacity.  If the restaurant has a triple-net lease, the increased cost of additional HVAC capacity is passed on to the tenants.  Accordingly, it is important for potential lessees to be cognizant of current and foreseeable energy laws and to incorporate any possible increase in HVAC expenses into their financial projections.  If possible, especially where a restaurant is serviced by a shared HVAC system (as opposed to a dedicated system), try and negotiate in advance for adequate HVAC capacity.

Most commercial leases include a provision allowing the landlord to increase rent on an annual basis.  Such increases are usually based either on a fixed percentage of the previous year’s rent or the Consumer Price Index (“CPI”).  Three percent (3%) annual increases are the most common.  If the rental amount is tied to the CPI, it is important for potential lessees to negotiate a maximum increase as it is difficult to predict year-to-year fluctuations in the CPI.  A CPI cap of 5% to 6% is common.   In many cases, however, it’s possible obtain lease terms that do not call for a rental increase until year three or year four.

Options and Rights Of First Refusal

An option is a provision in a lease that allows tenants to extend the term of their lease for a specified new term so long as they make the election within a specified time frame (usually between 365 days and 270 days prior to the end of the original lease term).  As discussed above, new restaurants benefit from short term leases.  In such cases, options to extend the lease term provide flexibility.  The most important consideration when negotiating for an option is the rental rate upon exercise of the option.  In most leases, the rental rate for the option period or periods is to be determined by the market rate.  The standard option also includes language ensuring that the new rent will in no event be lower than the existing rent just prior to the option period providing landlords a back stop.  Ideally, tenants will seek and obtain terms for a fixed rate increase for the option periods or at least obtain terms that result in the actual market rate whether it is above or below the existing rent at the time.

For restaurants at independent locations, there is a real risk that the building’s owner may decide to sell.  A right of first refusal gives a tenant the opportunity to purchase the property ahead of others.  This can be especially important where a restaurant spends years establishing itself in a particular location.  Being forced to relocate due to a change in ownership can be catastrophic.  Consider negotiating for a right of first refusal clause.

If you have questions about a commercial lease for your San Diego restaurant, contact a San Diego business attorney today.