The best advice an attorney can give a client regarding any type of a business agreement is to “get it in writing”.  Too often, inexperienced business owners rely upon “hand-shake” verbal agreements to accomplish commercial transactions. See “Why Oral Partnerships Are a Bad Idea.” 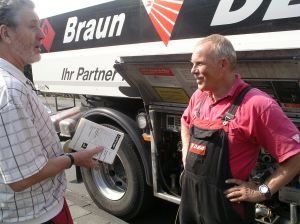 In California, oral contracts are legally binding.  However, in the event a dispute arises between the parties, the existence and terms of oral contracts are much more difficult to prove than with traditional written contracts.  As such, it is important for business owners to be cognizant of the issues that can arise when attempting to establish and enforce an oral agreement under California law.

While oral agreements are generally valid and enforceable under California law, there are important exceptions:

Establishing The Existence And Terms Of An Oral Contract

Verbal contracts are by their very nature unwritten making it much more
difficult in litigation to prove their existence and terms.  Perhaps the most effective method of proving an oral contract is via the
presentation of a neutral witness to the agreement who can attest to its existence and confirm its details.

In addition to eyewitness
testimony, a party wishing to enforce a verbal contract can present
evidence at trial that he or she actually performed under the agreement
(i.e. satisfied his or her obligations under the terms of the contract).
For example, assume Joe and Bob verbally agreed that Joe would sell his car to Bob for $500, and Bob was to pick up the car at Joe’s house on
August 1, 2013.  Bob wrote and sent a check to Joe for $500 which Joe
cashed.  On August 1, Bob showed up at Joe’s house to pick up the car
but Joe refused to give the car to Bob.  In a legal action for
enforcement of the parties’ oral obligations, Bob would be able to
present evidence that he gave Joe a check for $500, which Joe cashed, to establish the existence and terms of the agreement.

In
practice, however, oral contracts prove extremely difficult to prove in
litigation.  Actual witnesses to oral agreements are usually closely
associated with one side or the other and suffer from credibility and
bias problems.  The terms of the agreements are usually more complex
than the above example.  They often require the exchange of multiple
items and/or services, often involve multiple parties and are often
subject to numerous conditions.  The more complex the terms of the
agreement, the more difficult it will be to prove that the contract
actually existed.  The reality is that oral contracts may be impossible
to enforce and as such are not advisable.  It is best to consult a San Diego contract attorney prior to entering into any business agreement.