In today’s business world, with so much focus on the bottom line, most individuals and companies are looking for a way to cut operating expenses or at least pass them on to someone else.  For this reason, most commercial leases these days include provisions which require the tenant to pay all or part of the landlord’s cost of operating, maintaining, insuring and furnishing utilities for the building (Common Area Operating Expenses). 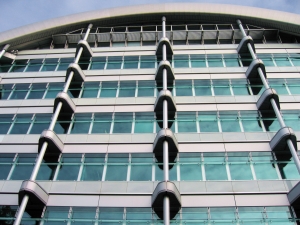 It has become more common in recent years for office leases to contain what’s referred to as a “gross up” provision.  Gross up provisions permit landlords to “gross-up”, or overstate, operating expenses to simulate the building being at full capacity.

Here’s how a gross up provision would work in the real world:

Assume the gross up provision states that common area maintenance expenses will be calculated for each tenant as if the building was fully occupied, or at 100% capacity.  Further assume the building is currently only at 50% occupancy.

So, what exactly are the advantages and disadvantages of including gross up provisions in a commercial lease?

From the landlord’s perspective, the most obvious benefit of a gross up provision is being able to pass on the expenses resulting from building vacancies to the tenants.  Gross up provisions are generally viewed as reasonable for certain expenses, such as utilities that are not separately metered, because the landlord will bear that expense for the entire building even though it is only partially leased.  These expenses do not vary by occupancy levels.