The term “fraud” is thrown around a loosely these days.  It is not uncommon for a business client to tell her attorney that she has been defrauded in a business deal because a vender lied, a partner stole from the business, or a supplier failed to deliver an order.  While each of these scenarios can be fraudulent, more times than not, such actions or inactions do not quite rise to that level.  It can be very difficult to prove all the elements of a fraud in court even where it actually exists.  More importantly, there is a general misunderstanding of what fraud is, under the law. 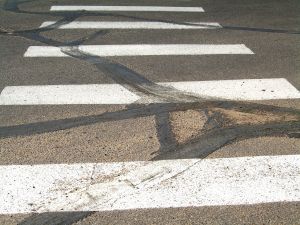 There are four types of acts that can be considered fraud or deceit.  (Fraud technically only applies to contract actions, though the terms fraud and deceit often get used interchangeably.)  They are commonly known as intentional misrepresentation, negligent misrepresentation, concealment, and false promise.  (There is also a fifth “catch-all” fraud category of “any other act fitted to deceive.”)  A brief summary of the basics follows:

False Promise
A false promise is a promise made without any intention of performing it.  The elements of false promise are the following:

Constructive Fraud
Aside from the types of actual fraud above which requires an intent to defraud, a court can also treat any misrepresentation as fraud if it gives someone an unfair advantage over someone else so long as there is some duty owed because of a legal relationship.  The key to constructive fraud is that there must be some special relationship between the parties in the law’s eyes.  For example, real estate brokers have a legal duty to disclose all known material facts to buyers.  If the misrepresentation is made by someone who owes no duty to the other, then what might otherwise be constructive fraud becomes an innocent misrepresentation.

Dealing with a Fraud Claim
Being lied to or tricked can stir up feelings of anger and betrayal, not to mention the actual harm to your business.  It is important to keep a clear head and focus on pursuing legal remedies that address the specific situation.  The law disfavors contract fraud and provides significant remedies for victims.  In fact, the Supreme Court of California recently set precedent that underlines the importance of providing a legal remedy for fraud.  It overruled an old decision that limited a victim’s ability to prove fraud, calling it “an aberration” that allowed fraudsters to use a particular rule as “a shield to prevent the proof of fraud.”  Nonetheless, pursuing fraud claims remains daunting and sometimes a breach of contract is nothing more than a breach of contract.  Contact an experienced San Diego litigation attorney to discuss the realities of pursuing fraud claims.