In order to discourage unreasonable delay in bringing civil lawsuits, all states have established certain time limits within which a legal action must be brought, more commonly known as the “statute of limitations.” Some states, including California, have also adopted what are known as statutes of repose which act as an absolute bar to certain legal causes of action. Statutes of limitations and repose are intended to protect potential defendants from being subjected to stale legal claims where witnesses and/or evidence become unavailable thereby impeding the defendant’s ability to defend against the claims. If an action is not brought within the specified period, subject to certain exceptions, a court is barred from hearing the case. 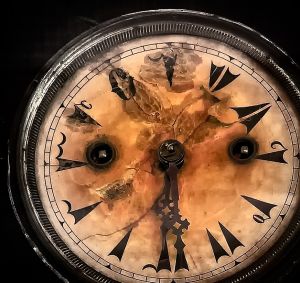 For example, assume that John underwent surgery in 2000. During the procedure, unbeknownst to John, the surgeon negligently left an instrument inside him. Years later, in 2014, John began experiencing pain as a result of the instrument and later learned of the surgeon’s negligent mistake. John’s claim for medical malpractice arose in 2000, at the time the surgeon committed the negligent conduct. However, John’s cause of action didn’t accrue until 2014, when he discovered the surgeon’s negligence. Under the California Code of Civil Procedure, the statute of limitations for malpractice is the lesser of three years after the date of injury or one year after the plaintiff discovers, or through the use of reasonable diligence should have discovered, the injury.

This delayed accrual of the statue of limitations in medical malpractice cases is similar to the common-law “delayed discovery rule”. The doctrine tolls the statute of limitations until the injured party discovers or has reason to discover the cause of action. Generally, the delayed discovery rule applies because it would be “manifestly unjust” to deprive a plaintiff of his or her cause of action before he or she is aware of the injury. For example, assume Bill buys a used car from a shady auto dealer. Unknown to Bill, the dealer covered up the fact that the car had a salvage title because it had been involved in a serious accident. Bill buys the car thinking it has a clean title but begins having trouble with it after four years of use. After taking it to a mechanic, Bill finds out about the car’s history. Bill wants to file a claim against the car dealer for defrauding him, but, under California law, the statute of limitations for fraud is three years. However, pursuant to California’s statutory discovery rule (which provides that a cause of action for fraud is “not deemed to have accrued until the discovery, by the aggrieved party, of the facts constituting the fraud or mistake”), the statute of limitations didn’t begin to run until Bill found out about the true car history.

The following are the statute of limitations for some common civil causes of action recognized in California: Fraud: 3 Years; Libel/Slander/Defamation: 1 Year; Personal Injury: 2 Years; Medical Malpractice: 3 Years from injury/1 Year from discovery; Breach of Written Contract: 4 Years; and Breach of Oral Contract: 2 Years.

Statute of limitations can involve complex issues and the above list is meant only as a general guide. If you have questions regarding California’s statutes of limitations, consult an experienced San Diego litigation attorney as soon as possible to ensure that you preserve your right to compensation.