As an experienced San Diego litigation attorney, this writer knows just how devastating it is when someone learns that a court judgment has been entered against them without their knowledge. This usually occurs via what is called a default judgment. The plaintiff serves a summons and complaint on the defendant and, after the defendant fails to answer the complaint within the proscribed time limit, asks the court to enter judgment in its favor. The problem is that sometimes, default judgments are entered against people that had no idea that a legal case ever existed. This can be intentional where a plaintiff purposefully files a fraudulent proof of service claiming to have properly served the summons and complaint on the defendant, or unintentional where a plaintiff served the summons and complaint on an address they believed to be the Defendant’s correct address. There are also instances in which a defendant may have had knowledge of the case but for some excusable reason failed to participate in the case resulting in a judgment against them. Once a default judgment is entered against you, it is the same as any judgment. With a judgment, a plaintiff can attach bank accounts, garnish wages and put liens on real property, among other things. 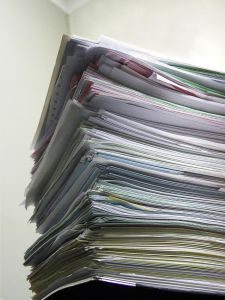 Fortunately, California law provides defendants under these circumstances ways to set aside the default (essentially erasing it). However, timing is critical and it is important to act fast once you learn that a judgment has been entered against you. It’s advisable to contact an experienced litigation lawyer in San Diego as soon as possible to avoid missing important deadlines. Setting aside default judgments are governed by the following California law: California Code of Civil Procedure (“C.C.P.”) §§ 473, 473.1 and 473.5.

Where a party fails to defend itself as a result of mistake, inadvertence, surprise or excusable neglect, a court has the discretion to set aside a default judgment. Examples of inadvertence and excusable neglect (essentially the same thing) include a disabling illness, the reliance on an attorney that failed to act or the reliance on a court officer that provided misinformation. Being too busy, simply forgetting about the case or not being able to afford counsel are not excusable reasons for setting aside a default. The burden is upon the party seeking relief to present evidence showing the court that the inadvertence or neglect is excusable. To determine whether a parties failure to defend is excusable, courts look to whether a reasonably prudent person would have acted the same way under the circumstances. There are two types of mistake: mistake of fact and mistake of law. A mistake of fact is where a person misunderstands the facts. A mistake of law is where a person misunderstands the law. Misunderstanding the law (ignorance) is not generally considered excusable mistake. However, the more obscure the fact or law, the more likely the mistake will be found to be excusable. Surprise, a less common ground, is where “a party is placed in an injurious legal situation, through no fault or negligence of their own, that ordinary prudence would not have guarded against.”

A motion to set aside a default based on C.C.P. § 473(b) must be filed within a reasonable time but in no case later than six months of the date the default was set aside.

No actual notice means that a party had no idea that a lawsuit existed even though service may have been accomplished by some proper means. A party seeking relief pursuant to C.C.P. § 473.5 must demonstrate that he or she had no actual knowledge that the suit existed. A motion to set aside a default judgment based on C.C.P. § 473.5 must be filed within a reasonable time frame but in no case later than two years from the entry of judgment or 120 days after being served with a written notice of entry of judgment whichever is sooner.

Courts have wide discretion when it comes to determining whether a motion is brought within a reasonable time frame or whether a party acted diligently in pursuing relief. As such, it is important to seek the advice of an experienced litigation attorney in San Diego as soon as you learn that a judgment has been entered against you regardless of what forms of relief may be available to you.