There are numerous challenges facing San Diego business owners especially in today’s economic climate. Fighting for a share in an ever tightening market makes it difficult to keep up with monthly outlays not the least of which are lease payments and common area maintenance expenses (CAMS). Commercial lease lawyers in San Diego regularly receive calls from tenants struggling to stay afloat and wondering whether they have other options short of closing up shop. There is also a common misconception among commercial tenants throughout California regarding the legal consequences of defaulting on their lease and/or being evicted. They imagine that if they get evicted they will owe monthly lease payments from the date of eviction to the end of the term of the lease. This is because most commercial leases expressly identify all future rent (including CAMS) as recoverable by landlord as damages resultant from tenant default. If a tenant with a five year lease finds itself unable to keep up with its lease payments (say $5,000 per month), it may believe that it owes the landlord $180,000 in future rent payments along with any current past due monies owed. This is true from a purely technical standpoint. However, because California law requires parties to contracts to take reasonable steps to mitigate damages, in most cases the damages that would be awarded via litigation would be much smaller. 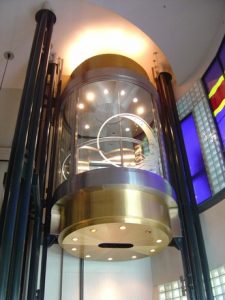 In the landlord/tenant context, landlords cannot let a property languish while the prior tenant continues to pay rent or worse re-lease the property and collect double rent. In essence, the previous tenant is only liable for the landlord’s actual losses (the rent while the premises are unlet and/or the difference in rent if the later tenant is not paying as much). The landlords duty is to take reasonable steps to re-lease the premises. In commercial lease lingo, Landlords are entitled to the rent that they would have earned to the end of the lease term less those damages a tenant can prove could have been reasonably avoided had the landlord made an effort to re-lease the premises. This writer has consulted more than once with tenants who have paid in excess of twelve months in lease payments for premises that are sitting empty because they did not know about their landlord’s duty to mitigate. As long as the tenant is paying rent, the landlord has no incentive to do anything. Tenants having trouble making their lease payments should consider other options before simply accepting their landlord’s representations. Landlords of course have a legitimate interest in being made whole once a tenant defaults. In most cases, they will work with tenants towards an early termination agreement that takes into account their ability to re-lease the premises. See “Early Termination of a Commercial Lease”.

There is one important exception with respect to mitigation. Under California Civil Code §1951.4, a commercial landlord may continue the lease in effect after the tenant breaches and abandons the premises and recover rent as it becomes due. In order for landlords to take advantage of Civil Code §1951.4, the lease must specifically provide for this remedy and the tenant must have the right to sublet and/or assign the lease. Essentially, the burden of mitigating damages shifts to the tenant who maintains the right under the terms of their lease to sublet and/or assign the lease to a third party. Landlords should and do regularly insist on the appropriate §1951.4 language in their leases. The lesson for tenants is simply not to abandon the premises. Doing so allows a landlord to take advantage of the Civil Code §1951.4 remedy. Landlords should consider whether serving a three day notice to pay rent or quit (thereby assuming the duty to mitigate) is a good idea at least until consulting with a commercial lease lawyer regarding the Civil Code §1951.4 option.  This is particularly so where the tenant is clearly solvent.

Contact an experienced San Diego lease lawyer if you have questions about terminating your lease early and/or about mitigation of damages.