Almost every San Diego business owner has had to negotiate a commercial lease at one time or another. Whether with the assistance of a San Diego lease lawyer or on their own, they are presented with a myriad of confusing terms and conditions. Business owners typically focus on the major terms of the commercial lease (rent, common area maintenance expenses, term of the lease and options to extend), and let their attorneys sort out the rest. While it is good practice to consult with an attorney before entering into any contract, business owners benefit from a basic understanding of the commercial lease as a whole and how its terms interrelate. This article takes a brief look at one common clause – the recapture clause. 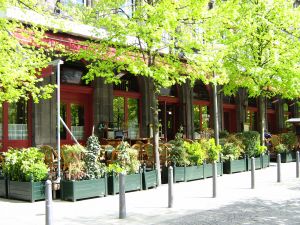 A recapture clause allows a landlord to terminate the lease and take back possession of the premises upon the occurrence of certain conditions. It is usually associated with complex “assignment and subletting” clauses that allow tenants, upon landlord’s approval, to assign their lease or to sublet a part of the leased premises to a third party. Landlords like to include “recapture clauses” that are triggered by a tenant’s mere request for the approval of an assignment or subletting.

The “recapture clause” issue arises because landlords know that tenants’ desires to assign or sublet are usually motivated by profit. When the commercial real estate market is hot, tenants can assign their lease at rental rates above what they are currently paying or sublet a portion of the premises at exceptional rates. Recapture clauses allow landlords to step in and take the profits for themselves. In essence, landlords are able terminate the less profitable lease. Tenants then are better off without such clauses and existing tenants need to carefully review their leases before requesting approval of an assignment or sublease.

As with all commercial lease terms, favorable language for either side will depend on the parties’ relative bargaining power. Landlords want recapture clauses. They provide an out when existing leases are under performing compared to the current market. The fewer conditions the better. Ideally, from the landlord’s perspective, the recapture clause will be triggered on any request for the approval of an assignment or sublease. However, given the complex nature of assignment and subletting clauses in commercial leases, it is most often productive for landlords to agree to more flexible language. Tenants, on the other hand, should ask that recapture clauses be omitted in their entirety although this is not a practical expectation for most small businesses. If the recapture clause cannot be negotiated away, tenants should insist on clear triggering language. For instance, landlord’s recapture rights may only be triggered upon a request for a complete assignment or a request that more than 50% of the premises be sublet. This allows tenants to sublet portions of the premises without risking termination of the lease. There are other options equally appealing to both landlords and tenants. Most notably, language may be included in the lease that addresses the division of profits from an assignment or sublease omitting any sort of recapture clause.

In the end, commercial landlords and tenants have to weigh the value of these issues against all the other lease terms being negotiated. It may be that a tenant has little concern over future assignments and would much rather spend its bargaining power on other important concerns such as reduced annual rental increases. The practical result of recapture clauses after they are triggered will be the subject of another article. Consult a San Diego commercial lease attorney for further guidance.