San Diego businesses typically invest significant resources in the development of customer lists, but often fail to adequately protect them.  Companies may believe that such lists are automatically protected “trade secrets”.  However, without affirmative steps designed to ensure that confidential lists fit within the definition of a trade secret, customer lists are at risk.  In California, customer lists are considered trade secrets if the lists are valuable because they are kept secret (information that “derives independent economic value, actual or potential, from not being generally known to the public or to other persons who can obtain economic value from its disclosure or use”), and if the business takes reasonable steps to protect the lists.  The greatest risk comes from the company’s employees.  In order to maximize protections, companies should take the following affirmative steps: 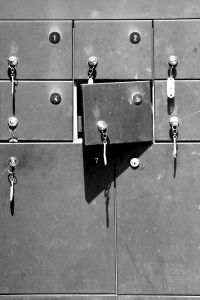 Employee procedures and training:  A company’s confidentiality policies should be addressed during initial training and should be clearly defined in the employee handbook.  In addition, existing employees should attend regular meetings to discuss the procedures for maintaining confidentiality of customer lists.  It is important to consult with your business attorney about developing an adequate employee policy.

Taking these affirmative steps is not a guarantee that your customer lists will be protected.  Employees may still steal your trade secrets, and prosecuting them can be an expensive proposition.  Courts may also be reluctant to prohibit ex-employees from soliciting contacts personally developed by the employee.  Moreover, a court may determine that the list itself has no independent value and is therefore not a trade secret.  For instance, customer lists collected from the phone book aren’t typically considered trade secrets.  The company should have expended time and effort identifying the customers and their particular needs and/or characteristics.  Nonetheless, if your company has a customer list that you believe has value in and of itself, these are necessary steps to ensure confidentiality.