One of the most important decisions individuals wishing to start a business face is how to organize the new venture under the laws of the state in which it is located.  Two of the most common ways to organize a business is as a corporation or a limited liability company (“LLC”), each of which has distinct benefits and disadvantages.  For the purposes of this article, it’s important to distinguish between the C-Corporation and the S-Corporation.  The C-Corporation is subject to double taxation (a tax on corporate profits and a second tax on dividends to shareholders as income).  Like LLCs, the S-Corporation is taxed as a pass through entity (the company’s profits are passed on to the owners as income – a single tax).  The distinction is important because businesses looking for pass through taxation opt between the S-Corporation and the LLC.  This article does not address the more complicated tax picture associated with C-Corporations. 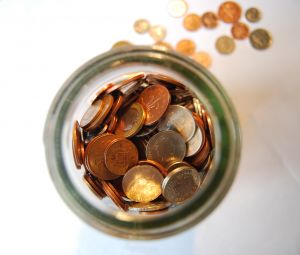 In California, the decision whether to form an S-Corporation or an LLC is often guided by the expected impact the state’s tax scheme will have on the business.  Under California law, both S-Corporations and LLCs are required to pay an annual minimum franchise tax of $800.  LLC’s, however, are also subject to an additional tax burden known as the gross receipts tax.

In California, S Corporations are taxed at a rate of 1.5% tax of net income earned, whereas LLC’s are taxed based on gross receipts pursuant to the above scale.  This means that depending on the amount of gross receipts and profit a business generates, the company will benefit differently by operating as a S-Corporation or an LLC.

As an example of how this might work in the real world, take the following hypothetical:

Obviously, businesses with high revenues and low profit margins and businesses generating losses will benefit substantially by organizing as an S-Corporation.  As demonstrated by the above examples, the benefits and disadvantage of electing to incorporate or to form an LLC are dependent on several factors which must be carefully considered for any new business entity.

A careful weighing of these issues is helpful in making the determination, but it remains advisable to consult with an attorney and a CPA before making a final decision as to the manner in which a new business will be organized.  If you have questions about your new business venture, make sure to consult with a San Diego business attorney before moving forward.