Most commercial leases in California are triple net leases. With a triple net lease, tenants contribute to the payment of the landlord’s operating expenses, such as building insurance, taxes, repairs, maintenance, and utilities in addition to base rent. Typically, these expenses are referred to as Common Area Maintenance Expenses (CAMs). As one might imagine, what should and shouldn’t be included as an operating expense is an important part of lease negotiation. Depending on the parties’ relative bargaining positions, tenants are often able to negotiate for a list of CAM exclusions. 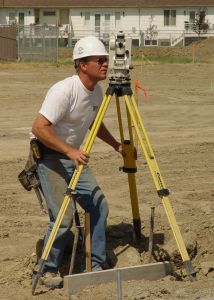 Negotiation in this area is important to both landlords and tenants because capital expenditures can be significant. The issue is often a point of heated dispute. Tenants contend that their contribution towards the capital expenditures unfairly confers a permanent benefit on the landlord. Landlords argue that tenants benefit from adequately maintained facilities, repairs to existing equipment and additions that make the property more attractive. For the most part, capital expenditures benefit the property overall. As such, it is generally accepted in the commercial leasing community that such costs should be built into base rents.

The starting point is the commercial lease itself usually drafted by the landlord.  In many cases, landlords include capital expenditures as an operating expense and leave it to tenants to negotiate better terms for themselves.  Since not all capital expenditures are the same, it’s important for tenants to carefully review capital expenditure clauses to determine what precisely they will be on the hook for.  Are they being asked to reimburse the landlord for the addition of a new building? Renovation to the common areas?  Upgrading facilities? Or for the replacement of a roof?  Ideally for tenants, these types of capital expenditures will be excluded from operating expenses with the two exceptions noted above (when required under new law and where improvements actually reduce operating expenses).  Tenants generally have no objection to paying their share for improvements that save operating expenses because such improvements may actually reduce operating expenses in the long run.  The “new law” exception is less palpable to tenants who argue that these sometimes unexpected liabilities should be part of the landlord’s cost of doing business.  Landlords argue that because the costs are so unpredictable, they cannot factor them into the base rent.  Regardless of the reasoning, the reality is that is rare for landlords to concede this issue.  In most cases, it’s probably not worth expending a tenant’s limited bargaining power fighting a losing battle. Tenants may also be able to negotiate for a cap on capital expenditures but this is also rare.

When capital expenditures are included (with or without exclusions), the costs should be amortized – ideally over the “useful life” of the improvements.  This way tenants with shorter lease terms who may not be around long enough to enjoy the full benefits of the improvements aren’t forced to pay their share of the entire cost in a single year.

This issue can be remarkably complex and can have a significant impact on a tenant’s bottom line.  If you have concerns about capital expenditures being included as an operating expense or for that matter any other operating expense, contact an experienced San Diego commercial lease attorney today.