Litigation can be divided into three relatively distinct phases: the pleading phase , the discovery phase and trial. While the distinction can sometimes be blurred, there is no doubt about these three significant areas of litigation. The average San Diegan has little understanding of the pleading phase. It involves the filing of a complaint followed by answers, cross-complaints and/or attacks on the pleadings (demurs, motions to strike and motions to quash) most of which require a response by the plaintiff and ultimately a hearing before the trial judge. This phase can be remarkably drawn out and complicated, and it is a topic for another article. Trial is, well, trial. It is of course the most well known phase in litigation. The discovery phase is no more or less important. A properly discovered case provides attorneys with the necessary tools to prove a litigant’s case at trial. 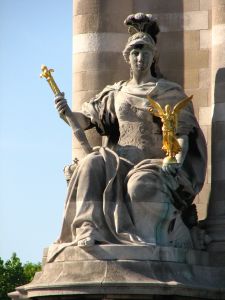 There is a school of thought in both the legal and non-legal communities that discovery can also be used as an effective bulldozing tool (often referred to as “guerrilla discovery”), and the sad truth is that this is indeed true. The idea is to propound so much discovery (whether via written requests or deposition testimony) and to provide as much resistance to discovery propounded on you that the other side cowers in response to the onslaught. Between attorney fees, court reporter fees, transcript costs and expert fees, the total cost for the discovery phase alone can be astronomical. Even in a relatively simple case between two San Diego business owners, an attorney can propound hundreds and hundreds of interrogatories, requests for production of documents and requests for admissions (a discovery tool that allows parties to ask the other side to admit certain important facts in the litigation). If the propounding party feels that the discovery responses are inadequate for any reason a round of negotiation and motions to compel follow. By the time all of this is accomplished, the opposing party’s attorney may spend fifty to one hundred hours dealing with this written discovery alone. Even the most affordable litigator whose fees are in the low $200.00 per hour range, fifty to one hundred hours for a single battle over written discovery adds up fast. In addition, a guerrilla campaign will include taking the depositions of every possible witness resulting in significant additional cost. It is not uncommon for a party to notice the depositions of twenty or more witnesses. Some of these depositions are of business owners or managers and can last for days. The above scenario is an example of what can occur even with the simplest of cases. In more complex cases like patent litigation, attorney fees can be hundreds of thousands of dollars (for the discovery phase alone). As one might imagine, this type of onslaught can be daunting to the opposing party.

However, as attractive as bulldozing your opponent sounds, taking the offensive to this degree is much easier said than done.  The problem in the real world, at least for most businesses (AT&T could probably manage), is that guerrilla discovery is no less expensive and time consuming to the propounding party than it is to the answering party.  For instance, say a party propounds three hundred interrogatories.  Drafting the questions is far easier than answering them so the instinctual desire is to ask away.   However, a critical part of discovery is to actually discover things.  Presumably, you want the actual responses to the three hundred requests.  If you get evasive answers (which is very common) and are unable to convince the other side that it needs to provide additional responses, the only way to obtain relief is via a motion to compel before the judge.  In California, a motion to compel further responses to interrogatories requires a separate statement of reasons why the opponent should provide a further response to each interrogatory.  This means that for each one of the three hundred interrogatories, you must repeat the interrogatory, repeat the response and set forth your factual and legal reasoning why a further response is being demanded.  For three hundred questions, the result is generally a fifty plus page separate statement (in addition to the actual motion) that takes significant attorney time to complete, and the attorney still needs to prepare for and argue the motion before the court.  Of course, this embroils the other side further forcing them to oppose in the same manner which in turn furthers the guerrilla motive.  Now consider that the other side is itself instituting its own guerrilla campaign.  The amount of attorney hours and associated costs can be staggering.

It is common for clients to ask their lawyers to be aggressive with discovery.  They see it as a moral victory to force the other side into extraordinary expense.  Few realize that the tactic comes a such a high cost and that a considered and focused discovery campaign can be as effective in readying parties for trial.  Of course, those with unlimited resources will still find that bulldozing can be quite effective against those with limited means.  For everyone else, taking the emotion out of the equation is the first step.  The ultimate question then becomes: How much am I willing to spend on discovery?  It’s important to understand that most attorneys won’t take business litigation cases on contingency, meaning that they won’t absorb these costs for you.

Most of the time, businesses involved in litigation have limited resources to pay for litigation.  They need efficient representation.  In such cases, this writer cautions against discovery for the sake of discovery in favor of a focused campaign designed to elicit important facts and admissions.  The actual discovery campaign will vary greatly from case to case.  An experienced litigation attorney will develop a focused plan that best suits the client’s needs while allowing the client to make informed decisions about what level of discovery is actually needed and desired.

If your business is facing the prospect of litigation, contact a San Diego litigation attorney for assistance.