In a continuing series on hiring foreign workers, this article explores the different types of visas available. For most San Diego businesses, the idea of hiring foreign workers seems like an overwhelming task even with an immigration attorney on their side. See Hiring Foreign Workers – Initial Considerations for San Diego Businesses. However, businesses of all sizes are making the decision to hire foreign workers more and more these days despite daunting immigration policies. Once the commitment is made, the next step is deciding which visa to sponsor a foreign worker under. The decision depends on the employer’s needs, the pool of prospective foreign workers, whether the work is seasonal or not and the length of time the work is expected to last. 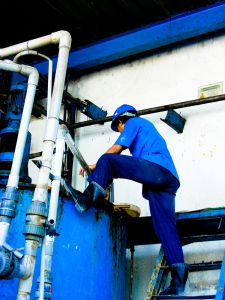 In some cases, a particular foreign candidate offers a unique skill above and beyond that which is normal for the trade making it virtually impossible to fill the position with a qualified domestic applicant. In other cases, there is a shortage of a particular type of worker such as an electronic engineer or a nurse. In the former, the employer may desire to immediately sponsor the prospective employee for permanent employment under United States immigration law even if it proves a bit more difficult. In the later case, employers may want to sponsor the foreign worker under a temporary employment visa, and later re-evaluate the decision to sponsor the worker under a permanent immigration visa. The specific legal requirements for United States employment visas, both temporary and permanent, and the necessary recruiting efforts will be discussed in more detail in following articles under this series.

Hiring a foreign worker for a permanent employment position requires sponsorship under one of five employment based visas (EB visas). EB-1 priority workers are aliens with extraordinary ability in sciences, arts, education, business or athletics, outstanding professors or researchers and managers and executives subject to international transfer to the United States. EB-2 professionals are professionals with advanced degrees or persons with exceptional ability in the sciences, arts or business or qualified physicians who will practice in underserved U.S. areas. EB-3 workers are skilled workers (with a minimum of 2 years training and experience), professionals (with bachelor’s degrees) and unskilled workers. EB-4 special immigrants are religious workers and U.S. government employees and former employees abroad. EB-5 immigrant investors are aliens seeking to engage in new commercial enterprises. Often, an alien’s qualifications may fit more than one of the above immigration visa categories and choosing which visa to sponsor under will most often depend on the backlog of available visas in each category and per country limits. There is currently a six month backlog on labor certification for EB-3 visas. If a professional with a bachelor’s degree is also a person with exceptional ability in the sciences, arts or business, sponsoring under an EB-2 visa may be the better option.

The following are non-immigration visas for temporary employment: H-1B for specialty occupations including architects, engineers, health professionals, educators, accountants, legal professionals and artists and fashion models; H-2A visas for temporary agricultural workers; H-3 visas for those training in education of handicapped children; L-1 visas for intra-company transferees; and TN visas (non-immigrant professionals from Canada and Mexico under NAFTA (the North American Free Trade Agreement). The H-1B visa is the most common and requires a bachelor’s degree or its equivalent in a specialty occupation. When your business is ready to hire a foreign worker, consult an immigration attorney to discuss which visa best suits your circumstances.