A Tenant Improvement Allowance (TIA) is a landlord incentive designed to assist new tenants with the build-out of their space. Build-outs are improvements to leased space to make the space usable for a particular tenant’s needs. Whether or not a landlord will offer a TIA and how much the landlord will offer depends on a variety of factors including the relative bargaining power of prospective tenants, the current market for commercial space, the current condition of the premises, the extent to which the current condition suits a prospective tenant’s needs, the tenant’s desirability, the base rent and other key terms being negotiated. Often, new business owners are surprised when a TIA is offered and may over estimate its significance. While TIAs are important landlord incentives, landlords are careful to minimize the true costs. In most cases, tenant improvements are capital improvements that provide a long term benefit to the property. Even where the improvements are specific to a tenant’s needs, landlords most often build the cost of TIAs into the base rent. However one looks at it, TIAs are an important factor in commercial lease negotiation. If a tenant improvement allowance is being offered, the associated lease language is critical for both landlords and tenants. When negotiating TIAs and associated lease terms, it is important that the parties have a clear understanding of the improvements needed and their likely cost. 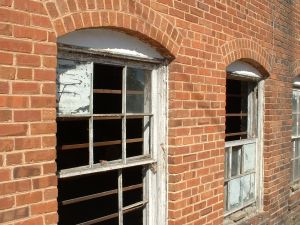 With a stated dollar amount, the landlord offers a fixed sum to the tenant for the build-out. The tenant must absorb any additional costs that exceed the fixed sum. In some cases, landlords will require any excess monies be returned after completion of the job. Where landlords do not require the return of excess funds, they are more likely to allow soft costs such as architectural and engineering fees. Again, ensuring that these issues are clearly addressed in the lease avoids any potential future conflict. The stated dollar amount method is fairly straight forward. The landlord knows the precise amount it will be responsible for and tenants (who typically oversee the build-out) retain control of the process. It is also possible for landlords to offer a fixed sum while retaining control of the build-out process.

With the turn-key approach, the landlord allowance covers certain specified work which the landlord typically oversees (i.e. build out of a new kitchen or bathroom, erection of interior walls and partitions, installation of new doors and windows, new flooring and ceilings, etc.). Any additional work would be considered extra work to be absorbed by the tenant. Some new business owners may prefer the turn-key approach so that they may remain focused on other important aspects of forming their new business. Overseeing construction while simultaneously focusing on licensing, trademarks, dbas, incorporation, employees, inventory, insurance and other business responsibilities can be daunting. However, it’s important that new business owners understand the downside to landlord control of build-outs. When landlords control the process, they are motivated to limit expenses. They may not have the same quality goals and may take short cuts the tenant wouldn’t be willing to take. Tenants will want to ensure that they get the most work possible with the allowance provided, that the landlord warranty the work, that the work be completed by a specified date and that the tenant have a reasonable opportunity to inspect the work to be sure the work was done properly including retaining the ability to submit a punch-list of things that need to be completed after taking possession. In addition, it’s helpful to ask landlords to undergo a competitive bidding process where sealed bids are opened in the tenant’s presence.

In some cases, landlords will allow tenants to control the build-out process choosing their own architects and contractors (subject to landlord approval). However, the tenant’s expenses would be limited by the allowance. If the tenant goes over budget, the tenant would be responsible for the excess costs.

In either case, to ensure that the specified work is completed to the satisfaction of the landlord and tenant, a detailed work letter based on detailed construction plans is important.  Landlords generally include administrative fees (even if the tenant is overseeing the build-out).  It’s important to know what these fees are in advance.  Landlords are often willing to negotiate the rates.  Most office leases use the turn-key approach.  In the retail and industrial context, the stated dollar amount is more common especially where a smaller space is being leased.

Landlords typically prefer that only hard construction costs are covered by the tenant allowance.  Tenants of course would prefer to cover as much as possible.  Depending on the nature of the allowance (whether it is a fixed sum or an unknown amount applied to certain specified work), tenants may be able to cover soft costs such as architect and design fees, permit fees and other legal expenses.  If there is a stated dollar amount offered, they may also be able to use leftover monies to pay for furnishings, moving costs and even future improvements.  The terms of the lease will dictate precisely what the allowance may be used for.  As such, it is important to be specific about what the allowance will cover and what it will not cover.

In the end, most tenants benefit from a stated dollar amount and retaining as much control as possible over the construction process.  This allows them to maintain quality control, ensure timely completion and obtain the best value out of the TIA.  Landlords of course seek to limit the ultimate cost (the value of the TIA to the tenant).  They may be less concerned about control where a stated dollar amount is in play but will still want to approve all construction plans.  Where they assume control of the build-out, they will work tirelessly to reduce costs (as they should).

Other important concerns include: consideration of the lease start date (including when rents are first due) when defining the completion date; excess monies if the entire TIA is not used up (under a stated dollar amount scenario); liability for delays and cost overruns; and terms for termination of the lease should there be problems with completion of the improvements.

Whatever a tenant’s goals, they should always attempt to negotiate the best terms possible.  Most landlords understand that tenants are looking to maximize their success which in the long run benefit the landlords as well.  Attorney Donald R. Oder specializes in commercial lease negotiation.  He can be reached at doder@oderlaw.com.