At first glance, the differences between triple net leases (NNN), gross leases and modified gross leases seem complicated. Many of the definitions found on the internet are convoluted and even experienced real estate professionals have trouble figuring out what some bloggers are trying to say. The differences, however, are not that complicated. In the simplest terms, commercial leases can be separated into two major categories: those where the tenants pay all of the property’s expenses (NNN leases) and those where the landlords pay all of the property’s expenses (gross leases). A base year lease, or modified gross lease, calls for existing expenses to be paid by the landlord, but any annual increases in expenses to be assumed by tenants. A base year lease is somewhere in between the NNN lease and the gross lease. 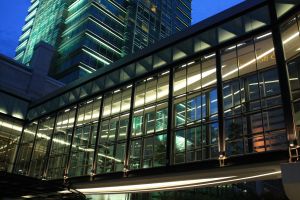 Most retail leases are triple net leases and the common area maintenance expenses (CAM expenses) that the tenants pay for include just about every imaginable cost for the operation of the property including in most cases property taxes, utilities, maintenance, insurance and management fees. Each tenant is responsible for its pro rata share of the CAM expenses. The actual terms in NNN leases vary widely from lease to lease and how favorable the terms are to the tenant depend on the tenant’s negotiating power. Gross leases are less common but still used today. This is largely because landlords are reluctant to take on the risk of increased costs over time. A base year lease or modified gross lease eliminates this problem by transferring the risk of increased costs to the tenants. The base year lease provides landlords security by passing on increased costs to tenants.

Most office leases are some variant of a base year lease. In a base year lease, a base year is selected (usually the first year of the lease). The landlord agrees to pay the property’s expenses for the base year. The landlord continues to pay the property expenses at the base year level and the tenant agrees to pay its pro rata share of any increases in property expenses. If the property expenses for the base year (say 2010) are $40,000 and the expenses increase to $50,000 for the year 2011, a tenant with 20% of the square footage would pay $2,000 (20% of the $10,000 increase) in 2011 in addition to the tenant’s base rent (with a NNN lease, the tenant would pay its pro rata share of the entire $50,000 in 2011 or $10,000 in addition to the base rent). Each year thereafter, the tenant pays its pro rata share of the property’s expenses but only to the extent that those expenses exceed the $40,000 established in the base year. In most cases, the annual increase in expenses is estimated at the start of each year and tenants pay monthly to spread out the cost over the year. In the above example, if at the beginning of 2011 the landlord over estimated the increase in property expenses at $12,000, the tenant would pay monthly payments of $200 (20% of 12,000 divided by 12 months) totaling $2,400. The tenant thus overpays $400. At the end of 2011, the landlord would perform an expense reconciliation resulting in the extra $400 being credited back to the tenant.

When presented with a base year lease, Tenants should take steps to minimize the uncertainty of their share of future expenses.  First, ensure that the base year calculation is accurate.  Landlords shouldn’t be reluctant to review their calculations with prospective tenants.  Second, ask for historical data and trends to see how expenses have increased over time.  This gives tenants a reasonable basis from which to anticipate future expenses.  Tenants that move into a commercial space after the first of the year should ask for 12 months of base year protection guaranteeing 12 months of tenancy before expenses become due.  Larger landlords are typically more amenable to this request.  Tenants should also consider asking for a cap on operating expenses.  Most landlords will be reluctant.  However, it’s worth asking for as there are certain circumstances that can result in significant unanticipated expense associated with remodels, improvements and/or tax reassessments after the sale or transfer of ownership of the property.

So long as landlords accurately account for expenses, base year leases are advantageous to both landlords and tenants. Tenants’ burden for common expenses is limited to increases over the base year level and landlords maintain revenue stability.  Consult with a San Diego Commercial Lease Lawyer.