Most people are generally familiar with the concept of double taxation. Corporate attorneys and accountants regularly raise the issue when asked by entrepreneurs about choosing the right business entity for a new company (or for an existing company looking to grow and insulate its owners from personal liability). Moreover, double taxation remains a hot button political issue. Whatever political side one falls on, double taxation is real and new and existing business owners need to be informed as they make critical business decisions regarding incorporation or the creation of some other formal entity. 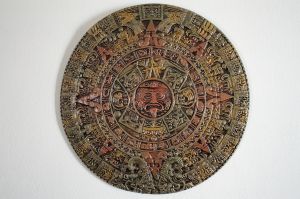 The concept of double taxation itself is simple enough – the Internal Revenue Service (IRS) and state taxing authorities tax corporations based on their profits. In addition, when those profits are distributed to the corporate shareholders in the form of dividends, the individual shareholders are taxed again creating a significantly higher actual tax rate on the corporate profits. Say a corporation generated profits of $100,000 in a given tax year. The federal corporate tax rate on profits of $100,000 is currently 34% so the corporation owes a tax of $34,000. If you and a co-owner each own 50% of the stock in the corporation and issue yourselves each a $50,000 dividend, you will each add the $50,000 to your income for the tax year. Assuming you both end up in the 35% tax bracket, each of you will both pay an additional $17,500 in taxes. In effect, the $100,000 in corporate profits is hit with a total tax bill of $69,000 or an actual tax rate of 69%. While this picture is much more complicated for most corporations, the concept remains the same – corporate profits are taxed twice.

The most common reason business owners incorporate is to insulate themselves from the liabilities of the business. This goal can be accomplished in ways that avoid double taxation, including the formation of a Limited Liability Company (LLC) or, if a corporation meets certain qualifications, by electing to be taxed as an S-Corporation. S-Corporations are taxed the same as partnerships (pass-through taxation). The profits are divided amongst the individual shareholders who are then taxed as individuals. The Corporation’s profits are not taxed separately. If an S-Corporation election is not made, then the entity is considered a C-Corporation and is taxed accordingly (double taxation).

The question then becomes, why would anyone ever wish to form a C-Corporation? A comprehensive answer is beyond the scope of this article. Businesses choose the C-Corporation for varied and complicated reasons most often with the guidance of a San Diego Business Attorney and tax professional. Larger entities planning on going public don’t typically qualify for the S-Corporation election and the LLC is still a relatively unknown entity to be an attractive business in the public market. There are also ways for smaller corporations to avoid double taxation and it is common for them to do so. See How to Avoid Double Taxation for Small Corporations.