One of the most misunderstood concepts in litigation is the concept of proof. San Diego business owners know when someone or some other business has committed a wrong. They know if a business partner has stolen from them, when a deal has been broken or when someone fraudulently induced them into a bad deal. Because of this confidence, business owners often walk into an attorney’s office expecting an unqualified validation of their claims. In some rare cases, it may be true that a party has a virtually guaranteed win. Unfortunately, in most cases, prospective litigants face numerous hurdles involving significant litigation fees and costs, legal hurdles (including defenses), damages and amassing admissible evidence (proof) all of which vary the risk of loss. This article provides a brief summary of issues of proof in California litigation. 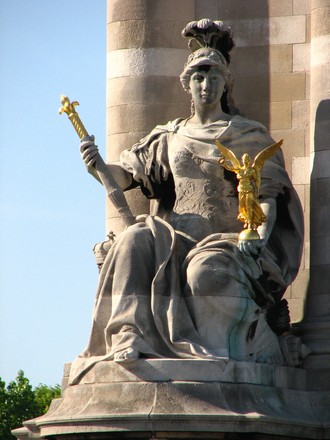 It’s the attorney’s job to evaluate the case and give the client a frank assessment of what lies ahead. A good attorney will be careful to qualify her assessment pointing out various problems that may lie ahead including potential problems with proof. The client tells his story and while the attorney is listening, she is picturing how admissible evidence will be gathered and presented at trial. This often creates a disconnect between attorney and client leaving the client feeling flat. However the business owner might feel, it is important that he accept his attorney’s frank assessment especially when he has talked with several attorneys who are all providing similar evaluations. In fact, an attorney giving different advice might be blowing smoke to do whatever it takes to engage the client. It’s extremely important for prospective litigants to understand that what they personally know and what they can actually prove with admissible evidence are not always the same. Accepting these realities is often complicated because of the client’s personal and emotional connection to the dispute.

There are two key types of evidence presented at trial: witness testimony and documentary evidence. Both types of evidence come with a host of evidentiary and foundational requirements that in their entirety are beyond the scope of this article. However, there are some important evidentiary issues that assist the lay person in better understanding what their attorneys are trying to accomplish:

He said/she said:  Putting aside problems with oral contracts generally, often whether a written contract has been breached turns on the oral claims of the parties (what they saw, what they know, etc).  The same goes for other legal claims such as fraud, negligence and conversion (stealing).  Take for example a San Diego business owner who sues a vendor for failure to deliver 500 widgets as promised.  The defendant claims that he personally delivered the widgets to Plaintiff at Plaintiff’s warehouse but there is no written proof of the delivery.  The business owner knows that he didn’t receive the widgets.  A business owner in this circumstance knows he has a dead bang winner and turns to his lawyer and says, “See, I win, right.  Won’t the judge simple declare me the winner?”  This makes sense.  The attorney, however, anticipates a simple but important litigation issue – the defendant’s oral statement that he personally delivered the widgets is admissible evidence.  Even if another witness testifies that the defendant was with him on the day he claims he made the delivery, the defendant can maintain that the other witness is also lying.  So long as the defendant maintains his claim, an issue of fact exists that only a finder of fact can rule on forcing the matter to trial.  This is of course an oversimplified example, but it adequately illustrates the he said/she said problem.  The important thing to understand is that, unless the parties settle, the case is likely headed for trial (an expensive endeavor) even though the plaintiff will likely win because defendant’s claims are so implausible.
Documentary Evidence:  For documents to be admissible, they need to pass two important tests:  they need to be admissible and they need to be authenticated (proven to be what they claim to be).  When it comes to authentication, signed contracts, court records and other official government records such as recorded real estate documents are generally not problematic.  Other documents such as business records and emails require evidence that the documents are what the purport to be.  Attorneys are skilled at overcoming these hurdles and other admissibility hurdles.  However, their clients often misconstrue the value of documents usually because they don’t fully understand hearsay rules or because they draw inferences that may make sense to them but the attorney knows is tenuous at best.  For instance, a letter from the business partner of the defendant in the above example stating that he knows the defendant is lying is hearsay and inadmissible (even if proven to be authentic).  The letter may still have value to impeach the business partner if he later claims the defendant wasn’t lying, but this does not help if the business partner disappears to Mexico before he can be deposed. In the case of an email, the client business owner might argue that an email wherein the defendant writes only, “I apologize for creating this problem”, is proof positive that he did not deliver the widgets.  If the email is authenticated, the attorney can argue that the email circumstantially supports plaintiff’s claims but it is unlikely that the email will create an inference all by itself that the defendant actually admitted that he did not deliver the widgets. Again, these are oversimplified examples but they do illustrate some important issues of proof that the average litigant may not appreciate.
Because litigation is so complex, it is important that anyone considering litigation consult with an experienced San Diego business litigation attorney.
Contact Us
1.888.900.9002
Connect